What the ChAnons of Voat believe 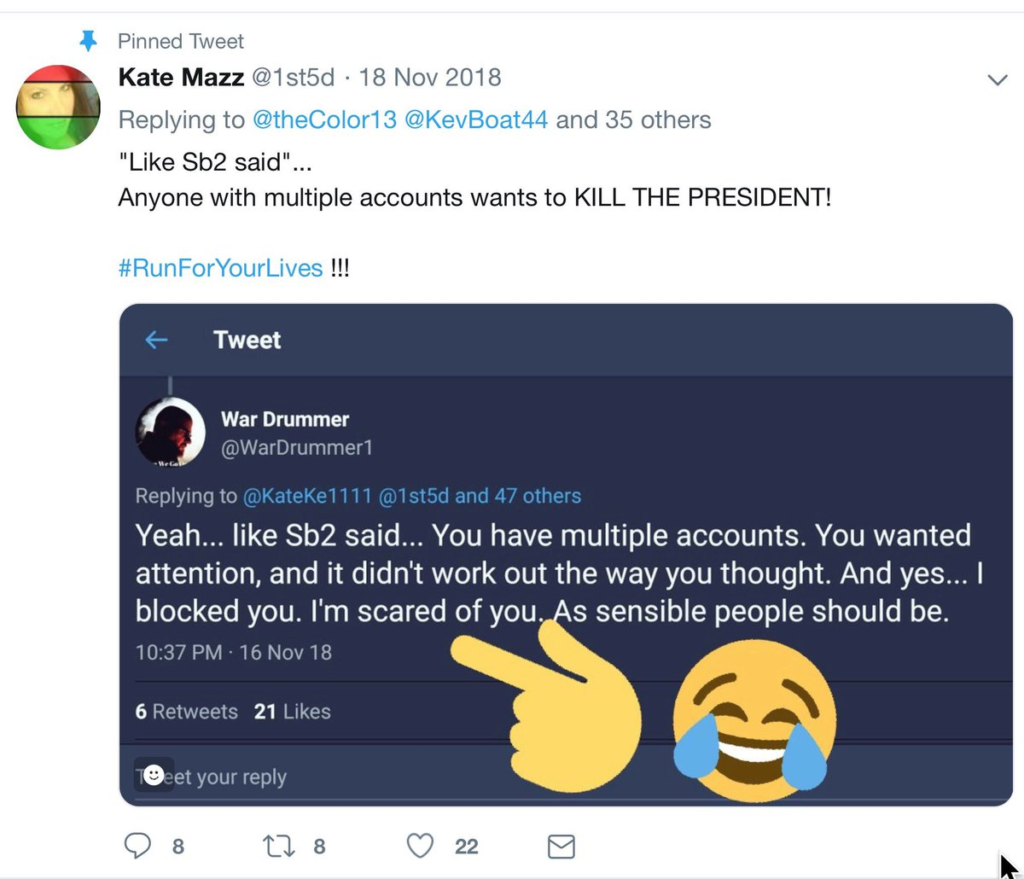 https://voat.co/v/Conspiracy/2244045
Voat
I talked to someone who claimed to be Q Anon | Conspiracy
Voat – have your say

Copy Pasta from Voat Post: “We talked some more but everything after the last thing about the CIA is stupid personal shit and things unrelated to Q Anon or conspiracies. It’s been a very long time since I came back to Voat, but yesterday someone on r/conspiracy said someone here connected a woman on twitter to Q Anon. So I decided to contact her. Things got weird, guys. For one, she’s been following my extremely small, under 60 subscriber youtube channel for a couple days, longer than I’d actually heard of her. I didn’t realize she was one of my subscribers until she linked me to a video I had seen on one of my subscriber’s channels. She said she found me when I liked one of her posts but none of my likes come from any of her alts. Ok, personal weirdness aside, she claims she was the first or one of the first Q Anons, and that the current Q Anon is a shill or something and are feeding us false info. Her story is a bit… odd. Says she’s basically the female Seth Rich and had Trump not been elected president, she’d probably be dead now. Also, Rosanne Barr and Taylor Swift are on our side and that a few of these high profile sexual harassment cases were faked to take down certain people who went against TPTB. Except Harvey Weinstein. He’s the sacrificial goat. I don’t know what to believe. There are things about her story that don’t sit right with me. I’ll take screenshots of our DMs and post them here once I get them all compiled.”
Copy Pasta: alright i’m just gonna have to let my mind work on this while i sleep.. so far this is what we know about kate: -kate mazzochetti [mazzochetti derived from word meaning to kill, reminiscent of masochist] -allegedly foiled an assassination attempt on the president when a man she met online drove 22 hours from oklahoma to see her and mentioned his plans -gave an awkward, extremely fishy interview about this before trump rally yesterday – keeps repeating the phrase, anons are “not violent, but vigilant” – vigilant sounds like vigilante — NLP? in the video she seemed more happy/proud of herself than concerned for the president’s safety – reminiscent of duper’s delight -during the interview, she held the newspaper as a prop and had strange finger placements, similar to potus – signaling? -doxxed herself on this board, claims to be an anon but doesn’t tweet much about Q and didn’t come on here to see we were almost exclusively talking about her for 2 breads straight -was nowhere near POTUS during the rally – “VIP access”? -relevant?: woman fainted at trump rally – cameras didn’t pan. could this be kate? -newspaper article reporting would-be oklahoma assassin was scrubbed -kate positions herself as the female seth rich and claims to have dirt on jersey corruption years ago, that her life was in danger until POTUS came along but unclear what she knows, if she’s a real whistleblower or just a larp -she has multiple twitter accounts, talks to herself on them, posts meme-like selfies, secret messages, mirror/backward cursive writing -bees are prominent on her twitter accounts and she capitalizes words strangely like POTUS -in 2 selfies, she wrote the name kathryn loreine kelchner (kelccher?) is that her real name?
-an anon mentioned the latter was her cousin who knew too much and was murdered a few years ago – haven’t seen sauce on that yet – dig? -there’s the obvious kate/strzok coke bottle connection – she also had a strange coke reference tweet followed by a deleted tweet tonight saying she is the kate referenced in the coke bottle -most anons are convinced she is black hat mk ultra, worked with OK man/patsy, framed for assassination plot to position herself as hero and get close to trump -if so, why was she allowed at the rally? -some anons think she is a white hat or white hat asset, a whistleblower, or in witness protection -if so, what does she know? why did Q draw attention to her? and despite all this, Q said “not the person. think connection.” connection to OK man, or connection between those 2 and the PA fugitive at large who threatened the president’s life ? goodnight and good luck anons..
sauce: https://8ch.net/qresearch/res/2428642.html#2428681

To keep the record straight… Kate’s not 2nd5d or 3rd5

@Jackbgoode1 an early Twitter friend who looks out for her.

Jeffrey Boyd told a Pennsylvania woman he had come from Oklahoma with a gun because of CIA mind-control and other Q-related clues. Police say he threatened the first family. 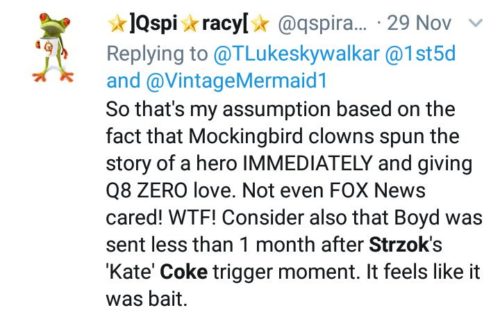 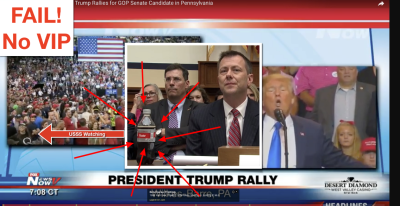 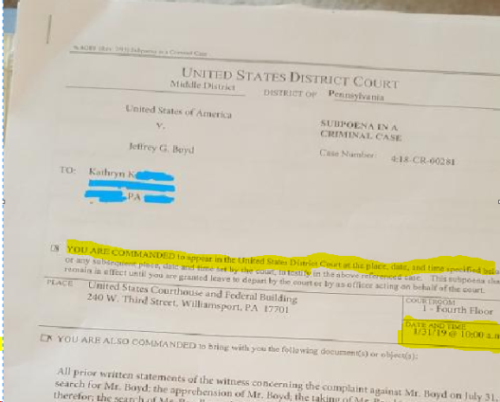 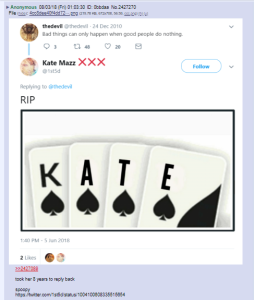 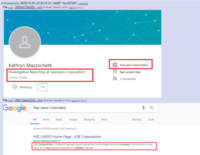 in her own words 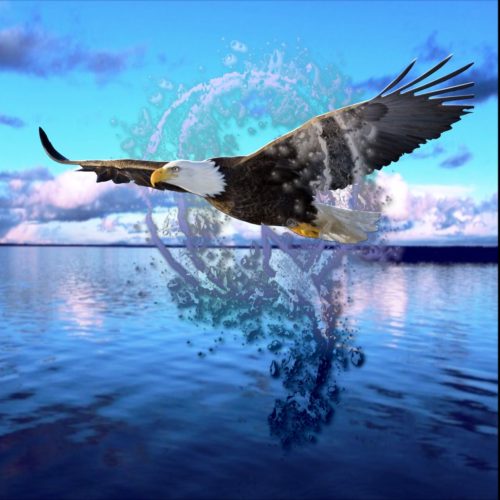